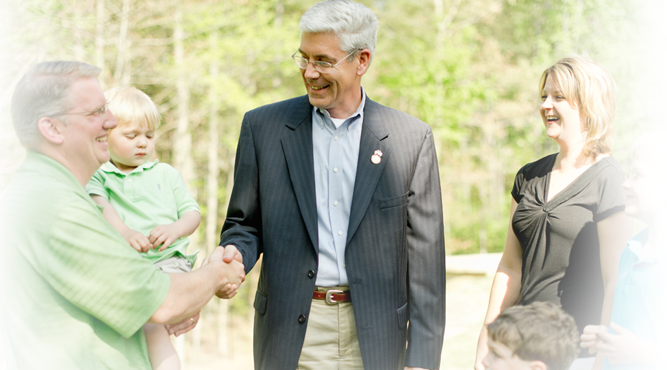 (Bremen) Senator Bill Heath challenges his runoff opponent, Bill Carruth, to a “Show the Facts” debate in each county in Senate District 31 next week.

Heath has reserved the Paulding Chamber of Commerce in Paulding for Monday, August 6th; the Sewell Mill – Cherry Blossom Room in Haralson for Tuesday, August 7th; and the Rockmart Community Center in Polk for Thursday, August 9th.

Said Heath, “Every single thing I have said during this campaign about myself and my opponent has been 100% true and documented.  In stark contrast, Bill Carruth has consistently and intentionally lied and misled the voters about his record and mine.  It’s time for Carruth to put up or shut up.  I challenge him to meet me at these locations and bring the documentation.  I can back up everything I have said and will gladly present it to the public at these debates.  Let’s see if Carruth has the courage to actually face real scrutiny from public documents standing in front of the voters and the media.”

Each debate will begin at 7pm and will last for one hour. Each candidate will be given 20 uninterrupted minutes to provide factual and documented information about their records and the records of their opponents.  After each candidate has presented their information, they will then be given 10 minutes of rebuttal.  The order will be chosen by coin toss at the start of the debate.

A reporter from the Atlanta Journal-Constitution will moderate the debates.  They will be videotaped and posted online.

Senator Heath has emailed Bill Carruth to extend this challenge.